Sweet Things in May

May is such a sweet month with all the flowers and birds and sunshine (or rain, if you're us). We also had some notable desserts in May.

First up was the Mother's Day delightful banana pudding. My son checked out a Good Eats cookbook (by Alton Brown) at the library. I told both him and his brother that they could pick out something to make from it. The eldest wanted to make banana pudding (the hot kind) for Mother's Day. This dish even had homemade vanilla wafers made with homemade vanilla sugar. It was yummy with a mountain of meringue.

Other than the tornado warning, it was a delightful Mother's Day!

And what could be sweeter than a daughter's birthday? I suppose it was a daughter helping make her birthday cake. My oldest daughter wanted a sand castle birthday cake. She wanted it to have graham cracker crumb sand. The idea for this came from a Food Network show (Kids Baking Championship, I think).

So we made a sand castle cake. This was an easy peasy one.


I made these stars by putting a little sugar on the counter and using a rolling pin to flatten some gummy candies. Then I cut out a star shape with a knife. It wasn't hard at all.

The birthday girl was very happy with her self-designed cake, and I was very happy to have had lots of help. Plus, it was an easy cake that needed no special equipment at all.

Coming soon: The June birthday cake (Don't miss this one! It has a tragic story.)

Email ThisBlogThis!Share to TwitterShare to FacebookShare to Pinterest
Labels: cakes, celebrations, good times, proud, things I like about my kids

Last year we bought a digital camera at a flea market for $5. It was to be for the kids to take pictures, and take pictures they do!

Some pictures need explanation. Some do not, but I'll explain them anyway.

This is the curb outside the local elementary school. In the top of the picture you can see some feet. Some of those feet belong to some of my children who won the American Legion Auxiliary's Americanism essay contest. We were invited to the school for the presentation of the awards. I called it a field trip because the kids were able to see what a school is like. 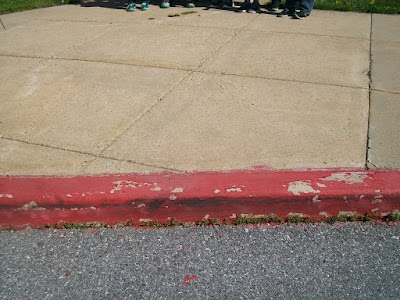 I guess this next one is somebody's head or the ceiling. 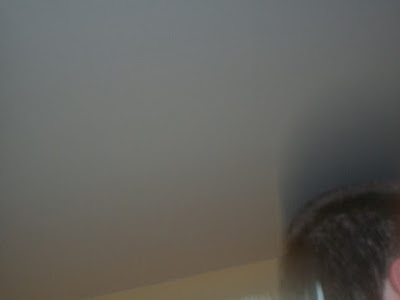 A bird in the gravel outside our back door (before the patio was poured). Can you see it? 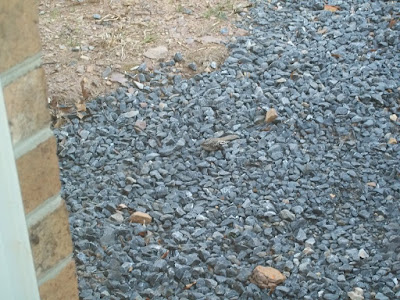 A Thanksgiving turkey that still hangs on our bedroom door. 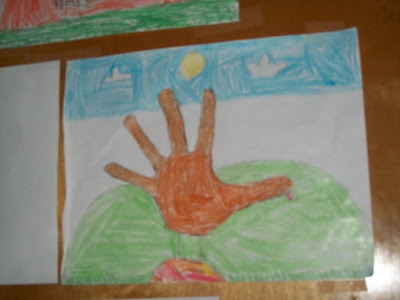 Maybe they took this one because they want to travel here or maybe because a certain state has a capital with a similar name to a certain daughter? I just don't know. 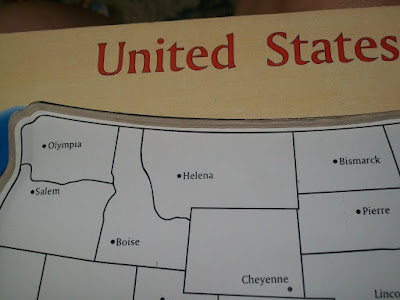 I'm fairly certain this picture was taken to show the whole world how I let my clean laundry sit in baskets to get nice and wrinkly. 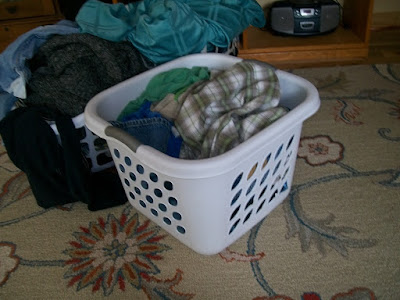 This picture was supposed to be irises ready to bloom, but the bricks are in focus instead. 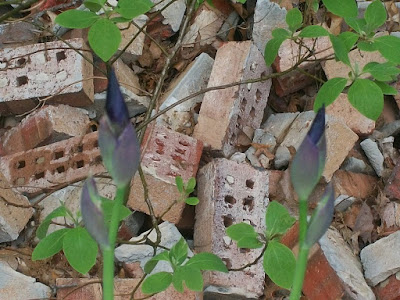 The overwhelming majority of kid pictures are Lego creations. This one is/was (not sure if it still exists) a creative model of a city, complete with airplay runway and all sorts of cool details. 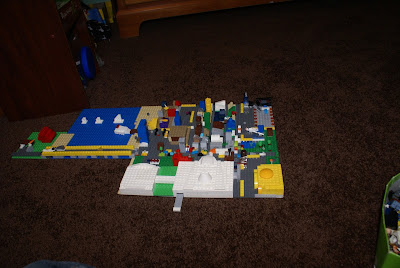 And this last picture was taken by my daughter. It is showcased at her new blog, A Nature Girl's World. If you want an explanation of this picture, you should click on over and read about it. 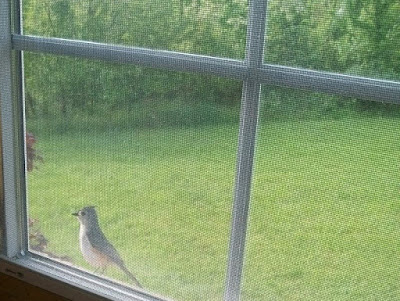 SaveSave
Posted by Jody at 8:05 AM No comments: