Some folks like to drive about to see fall's pretty colors. I'm not saying that we're not those folks because we've been known to plan field trips around fall foliage, but really we wouldn't need to since we have such a wonderful view from our front yard.

Here's a view of fall coming to our corner of the world.


It seems that today, however, I suddenly realized we were just past peak color. The children had so much fun today raking the leaves together in a huge pile and jumping. Or burying each other in them. Except for the daughter who wanted a leaf fort instead of the leaf pile everybody else was making; she was quite disappointed.

Email ThisBlogThis!Share to TwitterShare to FacebookShare to Pinterest
Labels: outside, pretty things

Boy 1:  "Mommy, do you think there's anybody who doesn't like to read?"

Mommy: "Yes. In fact, there are many people who don't."

Boy 2:  "Reading's the most awesome thing ever!"

Email ThisBlogThis!Share to TwitterShare to FacebookShare to Pinterest
Labels: proud, reading, things I like about my kids, things kids say

Abide with Me (the garden remix)

Since our baby's been born, I've been snapping away at the pictures, and not all of them are of the baby. In looking at a few, I was reminded of one of my favorite hymns. 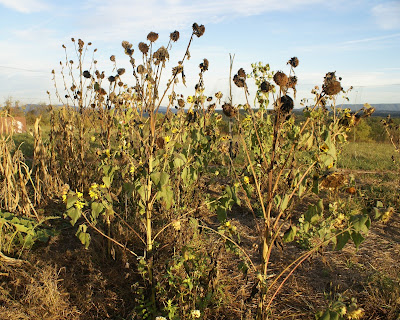 Change and decay in all around I see; 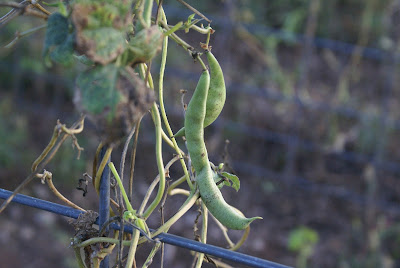 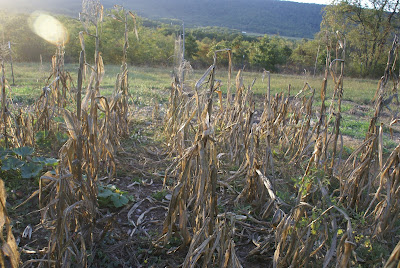 O Thou who changest not, abide with me. 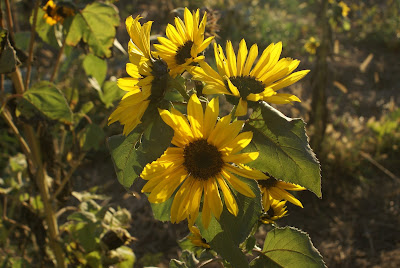 I fear no foe with Thee at hand to bless;
Ills have no weight and tears no bitterness. 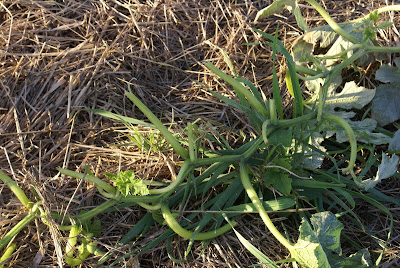 Where is death's sting? Where, grave, thy victory? 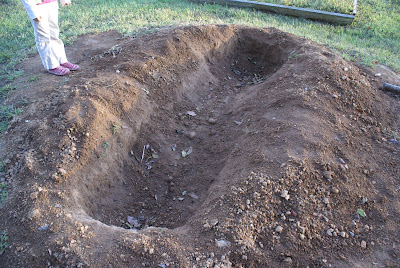 I triumph still if Thou abide with me! 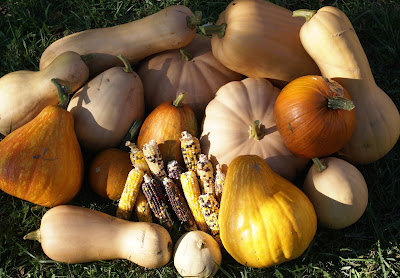 *Notes: The leafless pumpkin vine's foe(s?) was the deer who would keep finding its way into the garden.  You may notice a bit of deer damage on one of the pumpkins in the picture (bite marks).

The grave was really a large trench the children decided they needed to dig in our dirt pile. They were remarkably dirty afterwards, but it was good for them. They've since enlarged it a bit, I think.

The cornucopia of squash was created by my son. After harvesting them, he wanted to display them to surprise me. When cleaning out the garage this weekend, another son arranged them differently and I took a picture of that, too, but those haven't been put on the computer yet. They were both quite proud to please Momma.
Posted by Jody at 4:06 AM No comments:

Email ThisBlogThis!Share to TwitterShare to FacebookShare to Pinterest
Labels: gardening, outside, pretty things


To prove I'll never be a big-name blogger, I submit these three birthday cakes I made/helped make this last month.

Well, the first birthday boy wanted a Star Wars cake, and I have this pan that looks like some sort of rocket/space plane thing that I bought at a yard sale. I didn't really know how to make something that looked like a Star Wars cake and I certainly don't think it actually looks like anything Star Wars-ish, so let's just say I'm glad my child has imagination because he was happy with it.


Next up. . . the boy who just wanted to help make his birthday cake. He wanted a "harvest" theme to his so he could put candy pumpkins and candy corn on it. He decided on a garden with corn and pumpkins. Since gardens have dirt, graham cracker crumbs made an appearance. Note to self: when a cake is topped with graham cracker crumbs, it is nearly impossible to write on with frosting. Also note that graham cracker crumbs, while amazingly delicious, scatter like crazy when the birthday candles are blown out.

And last, while the new 2-year-old is perhaps the most difficult child to take care of (with diaper changes and an insistence on attempting to escape outdoors constantly), he is also the easiest to please when it comes to a cake. The cake was even easier because my sisters-in-law surprised us with a visit and helped me make it. Because I thought the apple cake would be really sweet by itself, I only smeared frosting on the top. Then I stuck a toy train on it. And because it seemed too plain, I quickly added some writing with frosting from the freezer.

Et voila! Birthday season is done.  Of course, next year, there will be 4 cakes to make in a month's time.
Posted by Jody at 10:19 PM 2 comments:

It seems to me, the more you do something, the easier it should get. Riding a bike is a good example. Sure, you fall off a few (dozen) times, but soon it becomes no big deal.

So why is it that having a baby seems more difficult each time? You’d think that by the seventh birth, I’d have this job down pat. But no, it’s still a mightily daunting task--downright scary.

For me, the whole pregnancy started out tough. Instead of my normal three months of constant nausea, I suffered through almost four months of being sick.

Then soon followed some painful varicose veins in my feet.

Then there was the poison ivy incident.

Then I had to prick my finger four times a day to check my blood sugar to keep gestational diabetes in line. My summer was not filled with many ice cream cones.

Then there was the heartburn that during the last month had me up for an hour or two most nights.

And then came a couple of contractions that had me so excited I could barely sleep a wink. That happened for a few nights in a row.

Then as the sun came up on my son’s 8th birthday, it dawned on me that this might be the day our new baby was born. I kissed my birthday boy, and fearful of a labor progressing too quickly to get to the hospital, my husband and I headed to Hagerstown to walk around until closer to delivery time.

Our fears were completely unfounded, and after a day of stop-and-go labor pains, I finally found myself in a hospital room, discouraged, impatient, and just plain tired.

Then the water broke, and I was thankful labor finally progressed.

Then I wanted it to stop.

Then I irrationally insisted that somebody make it all go away, just make the labor pains stop!

Well. Then they stopped.

Then there was a full head of dark hair, ten fingers, ten toes, 9 pounds, 2 ounces, that first blessed cry, my complete joy.

There was my daughter. The center of my universe. The only thing I could see, hear, touch, or smell. It’s funny how quickly all those pregnancy complaints disappear, replaced by the very bundle of near-perfection that caused them in the first place.

Our sweet daughter ended up not being born on our son’s birthday, and he was happy to retain the day as his own special one. Instead, she was born just before 1:30 a. m. In fact, all three of my daughters have been born between 1:20 and 1:30 in the morning. What are the odds of that happening?

My favorite eats after giving birth are Lorna Doone cookies--perfect for a midnight (or a little later) snack. I’d never heard of them before I had children, but the hospital where my first son was born had them available for new parents. Those cookies have became part of my birth routine. However, if you’d like to make some shortbread cookies of your own, this recipe is mighty yummy, too.

Cream butter and brown sugar until light and fluffy. Gradually add flour until blended. Stir in pecans. Divide dough in half and chill at least 1 hour.


Bake at 300ºF for 18-20 minutes or until lightly browned. Remove immediately to a wire rack to cool.


**This post has been shared at Strangers & Pilgrims on Earth for The Art of Home-Making Mondays.
Posted by Jody at 7:55 AM 2 comments: