I know I already posted something today, but, as a Lutheran pastor's wife, how could I pass up such a special day?

Besides, I want always to remember my dear 4-year-old little man belting out this morning as he was dressing, "A mighty fortress is we God!"

I’m convinced that being quiet is the key to wisdom. Quiet folks can observe more of the world around them without being distracted by the words coming out of their own mouths.

Likely I’ll never be wise because I like to talk too much. But lately, I’ve had reason to be less talkative; my voice is hoarse and nearly gone. In quieting myself more than usual, I have noticed smaller things in the world around me.

Mostly I’ve noticed stinkbugs. Those ugly little creatures are everywhere. They hang out on the doors waiting to come in when somebody goes in or out. The daredevil ones make their way inside through my stove vent, but that’s not so smart because several have landed right on a hot cast iron skillet. 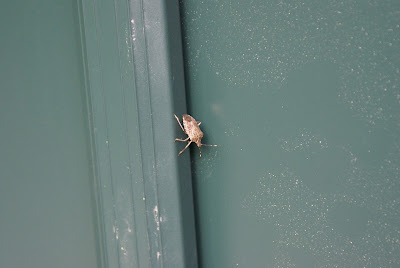 Once inside, the bugs crawl around walls and ceiling, just out of my reach, until they decide in which light fixture they should take up permanent residence. Sometimes the disgusting insects think it necessary to dive-bomb an unsuspecting little girl, thereby instigating much noise and chaos in our home. 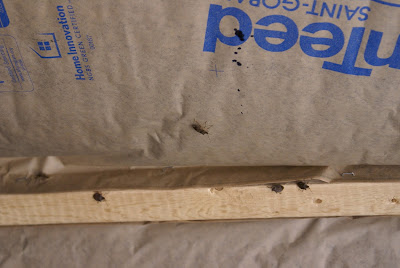 Let’s not even discuss the massive numbers of the stinkers that find their way into our van.

It’s fair to say that I hate stinkbugs. What’s more, I hate that the sight of a stinkbug crawling on my bathroom mirror or even on my body no longer gives me the heebie-jeebies. It bothers me that my toddler can say “stinka-bug” as clearly as “Mama.” I can’t stand that I no longer feel like fighting the good fight against the brown marmorated stinkbug.

I guess it takes a wise person to admit defeat. Then again, maybe a wise person would fake defeat and then plan a sneak attack with a vacuum hose. 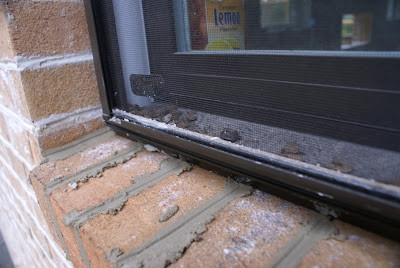 One of my friends says that the invading stinkbugs have ruined cilantro for her because its smell is so similar to the stinkbug smell. In fact, my children have renamed cilantro “stinkbug weed.” Surprisingly, I still like the green herb. I even grow it in my garden.

A friend from my husband’s seminary years shared her recipe for salsa with me all those years ago, and it is a good one--especially when garden tomatoes are no longer available fresh. It calls for chicken bouillon, but I’ve made it without, too.

In a food processor, pulse all ingredients until you like the consistency.

*All pictures are of stinkbugs invading the new addition to our home as it was being built.
Posted by Jody at 7:44 AM No comments:

With my husband being out of town this week, my thoughts are only coming in spurts. I guess that makes it a perfect time for a Five on Friday post.

1.  Restaurant Recommended.  A few Sunday afternoons ago, we were driving around the Hagerstown, Maryland, area looking at flooring for the new addition. It was nearing time to eat supper, and we had no idea what we were going to eat. Eating out is so expensive, but we also felt like enjoying a good meal. We were indecisive about what type of food we wanted, so our food decision was postponed until we found our hungry selves cruising the shopping center where Lowe's was located.

First I ran into the sushi place to see what it looked like; predictably, the prices were higher than we were willing to spend. Then we noticed a huge sign on a restaurant called Fajita Grande that said kids eat free on Saturdays and Sundays; it was a no-brainer.

It was a smallish (but not tiny) restaurant, so we were lucky it wasn't crowded. Our service was friendly and quick, but the food was even better than the service.

The fresh salsa was perfect for our family-- not too spicy for the little ones but with enough flavor to keep the rest of us wanting more. And other than the meals of the kids who chose corndogs and french fries, the food was fresh and tasty. (To be fair, I didn't taste the corndogs or french fries.) I'm not a big fan of the rice at most Mexican restaurants, but the next day I gobbled up my leftover rice cold because it was so good. And my entree was out-of-this world delicious. The meat inside it tasted like it was just grilled, and it was so good I want to go back right now and eat it again.

So, basically, if you like Mexican food and happen to be in Hagerstown, eat at Fajita Grande.

2. Etsy Update. I opened my Etsy shop hoping to earn some passive income with a hat pattern. To date, I've not sold a single pattern or hat. I have, however, been more successful selling craft supplies like toilet paper tubes, guinea feathers, acorns, and teasel. I have several vintage items that came with other things we bought at auctions that I'd like to list, too, but I simply haven't had much time to list more items.

3. Confirmation. Our oldest was confirmed earlier this month. It was a big deal, and we had a house full of family. After the service I learned that many people had tears in their eyes. They bet I did, too. I didn't. I was too busy wrangling the baby. But I was awfully happy and proud.

4. School. We've been plugging along in school. Interruptions have been plentiful, but we've pushed on. One thing we do that makes me feel successful is memorizing poetry. I've found that we get a great return on just a couple of minutes a day spent memorizing one or two lines of our poem of the month. A nice by-product (?) of this practice is that I can teach elements of poetry in tiny, non-overwhelming chunks. It's not a chore when you slip a metaphor or alliteration discussion in here and there.

5. Riding the Potty Train. My baby boy is now finally potty-trained. He was good with #1 for several months before he consented to sitting on the potty for #2 without serious bribing or begging. He's so proud now, and I am so happy to have only one in diapers.

Last week I quickly typed a short shopping list with a few items I didn't want to forget when I went to town.

Later, when I came back to the computer, my list magically had a few more items.


Gotta love a good sense of humor in kids, right?

Fall is the time for birthdays around here--a whirlwind of them. Just for fun this year we decided to celebrate a confirmation and a birthday on the same day. I wouldn't recommend it, but it all worked out okay.

Our first birthday celebration of this post wasn't a traditional birthday cake with candles sort of affair. My son wanted to celebrate his 12th birthday with a Redwall-themed party-- a feast, in fact. That meant we had food from the Redwall books and the Redwall cookbook he received as an early present. We had things like Hotroot Soup and Deeper 'n Ever Turnip ' Tater 'n Beetroot Pie. We also had desserts featured in the books.


The party was fun, and some of the recipes were "keepers."

And that's all on the kid cake front until December!
Posted by Jody at 7:59 AM 2 comments:

Silence on the blogging front does not mean silence on the building front; it just means we've had lots of company and birthday parties.

The masons have completely finished. All equipment has been moved out. Below is a before and after picture.

Next you can see an almost completed west side picture of the entrance. I say almost because the windows still needed bricked at the bottom, but that's all done now.


The carpenters finished hanging the drywall. . . 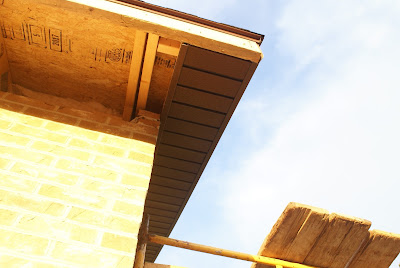 That means there is room inside for the drywall finisher to do his work. 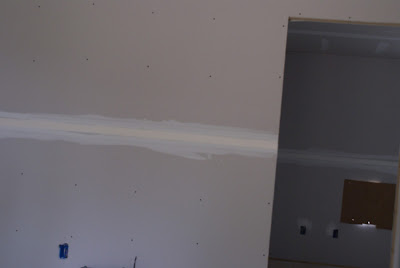 I have been lax about taking pictures. So much has been finished, and painting will happen soon. We're also looking into flooring options. The end is in sight, and it's all a little strange and exciting.