On Saturday morning we met the emu's owner who brought the trailer that would (we hoped) return our emu to its friends. 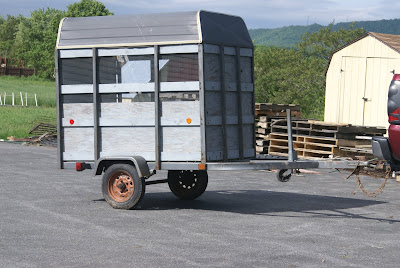 So how would this emu be caught? Well, not easily, that's for sure. It was lured with food, but it did take a few go-arounds and some corralling. And struggling. And coordination. And strength. And patience. 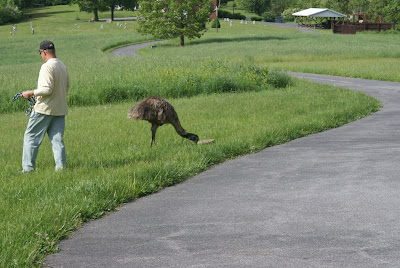 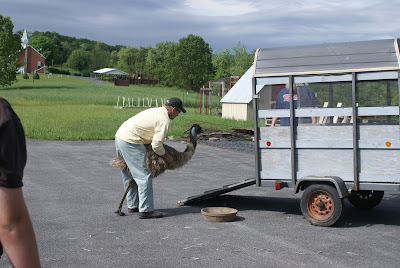 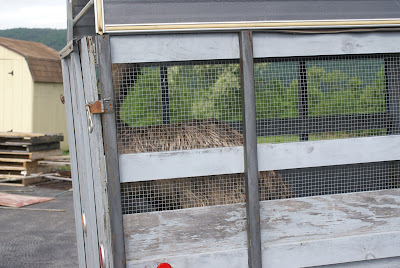 Predictably, the emu was not thrilled to be in the trailer. It tried to poke its head out the back to escape. It failed. My littlest one told me later that the emu was "saying goodbye with him head."

Then, ever-so-quickly, it was all over, and the emu farmer was saying goodbye with his hand. 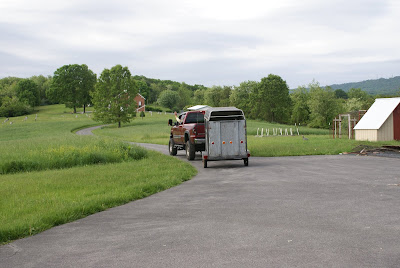 And that brings us to the end of our little emu drama. There are no more installments. This story will not be continued.

Unless. . .
(I did tell you there were more emu sightings the next valley over, right?)