I thought summer was supposed to be slow and lazy. Not so around here. My mother was in the hospital for over two weeks, and she continues to need extra care. The garden needs weeding-- always. We've had a few small building projects (fence and shed). We've started visiting the pool for some swim time. So I've missed posting several pictures I would normally would post.

First up, a birthday cake. An easy birthday cake-- yay! My daughter (whose age is now in the double digits) wanted an artist's palette cake. Voila! 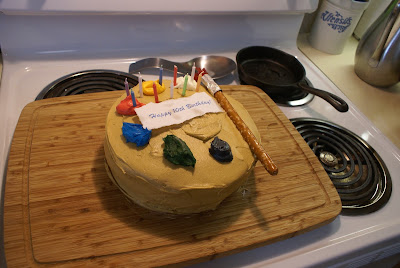 A few weeks later, my eldest turned 15. Fifteen?! What happened? Anyway, it seems 15-year-olds have more mature tastes. He's interested in making cheese and trying new cheeses-- even the ones I consider gross. You know, the ones with fungi. We allowed him to pick out some "fancy" cheeses for a meal with just our family sometime around his birthday, and he prepared our cheese tray. 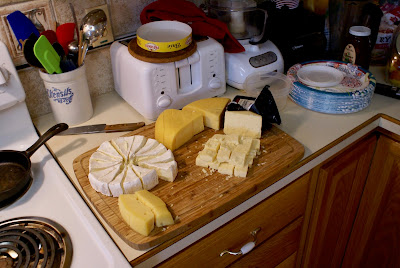 For his actual party, he picked vinegar pie for a dessert. However, I considered that our guests might be more likely to eat pumpkin pie, so I made some of that, too. However, they tried the vinegar pie and liked it. If you've never had vinegar pie, you should try it; it tastes much better than its name sounds.


Now that our internet is working again, perhaps I can post a little more often. Have a lovely week!

Happy birthday(belated) to that oldest of yours! Miss you!

Thank you, and I miss you, too. We need to get our crews together again soon. :)